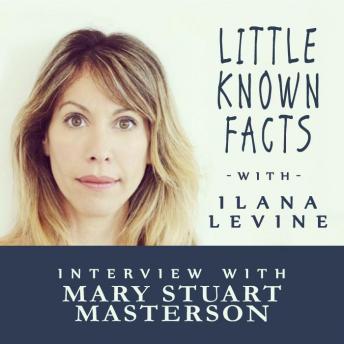 Mary Stuart Masterson's film, TV and theater career, includes roles in At Close Range, Some Kind of Wonderful, Immediate Family [National Board of Review Award] Fried Green Tomatoes, Benny and Joon, and the Broadway musical, Nine [Tony Award nomination]. Mary Stuart directed, The Cake Eaters, starring Kristen Stewart, which premiered at the Tribeca Film Festival in 2007 and was released in 2009. It was awarded audience and jury prizes at numerous film festivals. She also produced, Tickling Leo, released in 2009

Currently, after a long hiatus to "produce" her family (4 children 6 and under), Mary Stuart is launching Stockade Works (www.stockadeworks.com) a net zero media arts complex and production company in Kingston, New York whose mission is: Making Local Work. Through their annual Crew Boot Camp, Stockade Works will offer training to diverse, underemployed Hudson Valley residents in motion picture and new media production. Their first Crew Boot Camp is slated for late Summer 2017 in preparation for their first TV pilot, Kids Like Us.

With her husband, Jeremy Davidson, she is co-founder of Storyhorse Documentary Theater: a collection of multi-media theater pieces based on transcribed interviews focusing on topical issues in the Hudson Valley. www.storyhorsetheater.com

Little Known Fact: Mary Stuart Masterson has been in front of the camera since the age of 8.