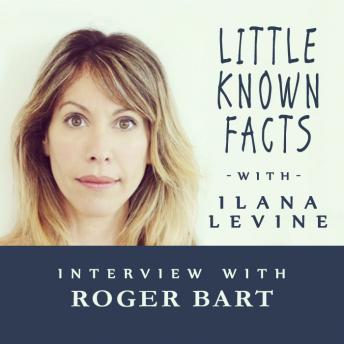 Roger Bart is a Tony Award winning actor who has been successful on both stage and screen. From Broadway (Charlie Brown, Young Frankenstein, The Producers) to film (Hercules, American Gangster) to TV (Quantico, Desperate Housewives, Episodes), Bart has made his mark. In this interview, he covers the early days of his career, being asked about his role on Desperate Housewives and does a quick duet from Charlie Brown with Levine.