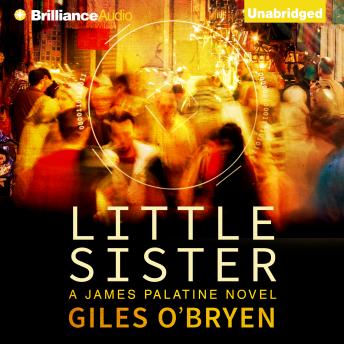 Little Sister has vanished. The prototype device-real name IPD400-has powers of surveillance that governments and terrorist organisations would kill for. They might yet.

James Palatine, a trained killer with a surplus of conscience, invented the device and is the only person who can operate it. He's determined to retrieve it, and so is Natalya Kocharian-the arms dealer who "inadvertently" sold the prototype to a rogue dealer. But the current owner, holed up in the scorching void of the Western Sahara, won't give in without a fight. Meanwhile MI6, fearing for their own reputation, will do anything to beat Palatine to the prize.

As the hunt for Little Sister goes from Whitehall errand to deadly international arms race, global security hangs in the balance. Knowledge is power, after all-and no secret is safe from Little Sister. With only Natalya on his side, can Palatine simultaneously take on his enemies, his demons and the dangerous power of his own invention?