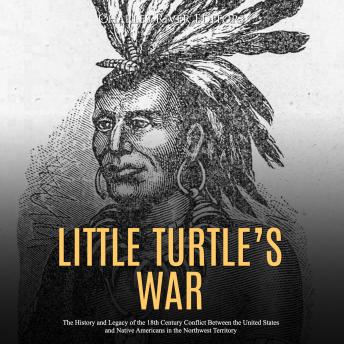 Little Turtle’s War: The History and Legacy of the 18th Century Conflict Between the United States and Native Americans in the Northwest Territory

The new United States was faced with a fundamental problem: to expand, it had to settle lands to the west of the Appalachian Mountains, ceded to it by the British. However, the mountains were occupied by Native American groups who had no desire to make way for white settlers. The treaty had created a vast frontier for the fledgling nation, and any American settlers pushing west along it were bound to encounter hostile natives.

The conflicts that followed consisted mostly of the Native Americans suffering defeat in the face of a better-equipped adversary, interspersed with binding treaties, which, on the side of the federal government, proved not very binding at all. Occasionally, however, there arose a Native American leader of such ability that such defeats were temporarily reversed, and Little Turtle, the war chief of the Miami tribe, was one such man. Under his leadership, a confederation of Miami and other tribes inflicted the worst defeat ever suffered by an American army in the newly independent nation. Almost a quarter of the Army’s total strength was lost in a single battle, but while later Native American leaders such as Sitting Bull and Crazy Horse have become legends, Little Turtle is not as well-remembered. This is particularly odd, given that he actually defeated the American military and helped shape the development of the nascent United States and its military. Before Little Turtle’s War, it was believed that the U.S. did not need a professional army; that ordinary citizens would take up arms in times of threat and serve in militias as they had done in the fight against the British. After this war, the U.S. government was forced to recognize the need for a professional standing army.

Little Turtle’s War: The History and Legacy of the 18th Century Conflict Between the United States and Native Americans in the Northwest Territory