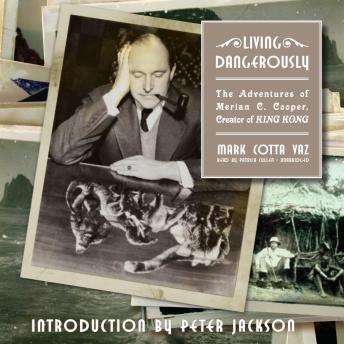 Explorer, war hero, filmmaker, and cinema pioneer Merian C. Cooper-the adventurer who created King Kong-was truly larger than life. Spellbound since boyhood by tales of life-threatening adventure and exotic locales, Cooper plunged again and again into harrowing expeditions that took him to places not yet civilized by modern man. He was the first to team Fred Astaire with Ginger Rogers, arranged Katharine Hepburn's screen test, collaborated with John Ford on Hollywood's greatest Westerns, and then changed the face of film forever with Cinerama. Living Dangerously is a stunning tribute to this unique man and his amazing time.

"Living Dangerously is a wonderful addition to the literature of movies and popular culture but, on a personal level, it allowed me to understand the man who made the movie that had such a powerful effect upon me...Now finally...the legend comes out of the shadows."-Peter Jackson, director of The Lord of the Rings and King Kong

This title is due for release on June 13, 2008
We'll send you an email as soon as it is available!