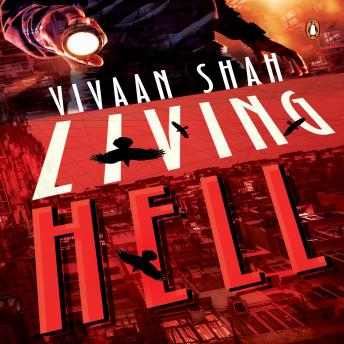 All Nadeem Sayed Khatib, aka Nadeem Chipkali, wants to do is stay in his apartment all day, watch some TV and ignore his mounting worries. He is not in the best shape, cash-wise and otherwise, but let's be honest: people seriously have it out for him. Sometimes, dangerous people.

Things change when his landlord hauls him up for not paying the rent and practically blackmails him into extracting money from another tenant-Makhija-in the building. Nadeem grumbles his way to Makhija's apartment, expecting protests and other minor annoyances. What he does not expect is to find him dead-murdered-in the bathroom, a discovery which turns Nadeem's already messed up on life on its head and lands him deep in the heart of a heinous conspiracy.
As he races against time, a particularly unhelpful police force, the dead man's bereaved and unusually attractive ex-wife, and the Bombay underworld, Nadeem relies on his wits and an unexpected motley crew of people who, sometimes, want him dead too.
Set against the backdrop of a low-life Bombay that comes alive at night, Living Hell is a fast-paced noir murder mystery with dark humour and an accidental hero.