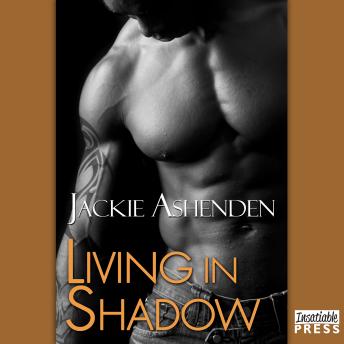 Living in Shadow: Living In 1

Finding his way out of the darkness could be the biggest fight of his life. Living In.. Book 1. Law professor Eleanor May is fine with taking over a class for a colleague on sabbatical. She's not so fine with the hot student who's always seated front and center. Once upon a time she was that student...and the scars remain eight years after it ended. Yet this guy seems different from the others. Despite the alarm bells in her head warning her about history repeating itself, she is drawn toward the forbidden once again-even though this time it could consume her. Lucien North's past is darker than the ink on his skin, a reminder of a time when survival was a fight to the death. Seducing his beautiful professor wasn't supposed to be part of his plan to put it behind him, but there's something about Eleanor that's gotten hold of him and won't let go. Together they light up the night, but will their powerful desire lead them to love-or drag them both to the brink of disaster? Warning: Contains a younger man so hot he might scorch your fingertips, and forbidden lust so tempting, there's no point in trying to resist. Check your inhibitions at the door-it's WTFery 101 and class is in session.