Living in Sin: Living In 2 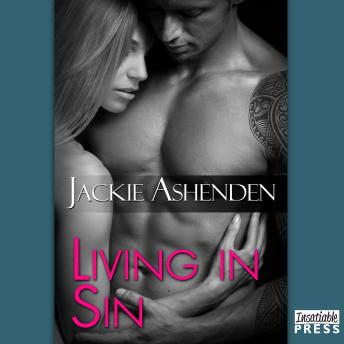 Her temptation...his salvation. Living In..., Book 2 At twenty, Lily Andrews has already lived a lifetime. Her battle with leukemia put her three years behind her ballet career, and now that the grueling treatment is behind her, she's eager to put her dancing shoes back on-literally and figuratively. One man has been her personal light at the end of her tunnel, the one man she's sure will help her rekindle her passion for life. Kahu Winter. And she'll let nothing stand in the way of having him-not even Kahu himself. When Kahu catches Lily sneaking into his club, the desire in her eyes tells him it's more than a delayed act of youthful rebellion. Her lively spirit calls to him, but Kahu is too cynical, too jaded, too broken for a sweet young thing like her. But Lily won't take no for an answer so he'll make her a deal: She's got one month to seduce him and after that, he's moving on-figuratively and literally. There's just one thing he forgot to keep out of her reach. His heart... Warning: Contains a hot older man in need of some anti-cynicism pills, a snarky younger woman who's going to get past his defenses and make him beg, more forbidden lust, and naked ballet dancing. Advanced WTFery for experienced users only.

Living in Sin: Living In 2