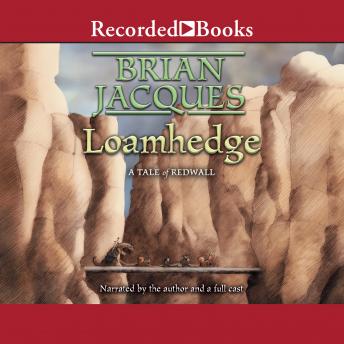 The sixteenth full length Redwall novel sheds light on the Abbey's ancient origins in a thrilling adventure. Loamhedge, the deserted Abbey, has been forgotten for countless seasons. What secrets do it's ruins hold? When it becomes clear that wheelchair-bound Martha might be cured by a formula buried there, two old warriors are inspired by the spirit of Martin the Warrior himself to go on a quest for the ancient Abbey and three young rebels are determined to go with them. Meanwhile. the giant badger Lonna Bowstripe thirsts for vengeance as he relentlessly pursues Raga Bl and his murdering crew of Searats...who are on their way to attack Redwall itself. The valiant Abbeybeasts must defend their home, but how can they, when their boldest warriors are away on their quest? Will Redwall fall to vermin invaders at last?