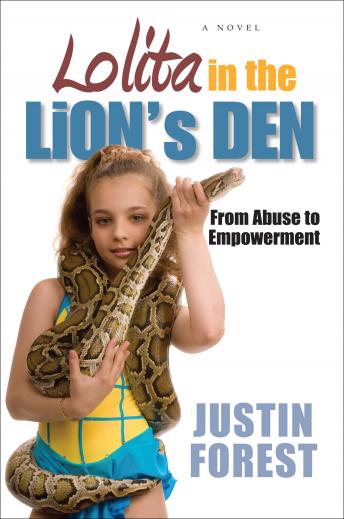 Lolita in the Lion's Den: From Abuse to Empowerment

A young man must overcome a horrific past in order to release his inner demons in Justin Forest's shocking new cross-genre novel, Lolita in the Lion's Den. Glen has fought for years to escape a brutal home life, one in which he acts as his mother's only friend and to accept that his father has been molesting his sister for over a decade. But after dropping out of high school and spending years working aimless jobs, Glen finally turns a new chapter when he enters the thrill of college life. But with that freedom comes disturbing sexual desires and inclinations. Having become increasingly reliant on his own fantasy world, Glen soon finds himself mired in the world of adult pornography and struggling with his attraction to both women and girls. Haunted by the damage his father's actions wrought on his family and other victims, Glen must come to terms with his admiration for the exact thing his father so actively destroyed. More relevant than ever in today's hypersexualized world, Lolita in the Lion's Den is an emotionally provocative read that gets to the heart of some of society's most pressing issues.

Lolita in the Lion's Den: From Abuse to Empowerment

This title is due for release on December 7, 2018
We'll send you an email as soon as it is available!