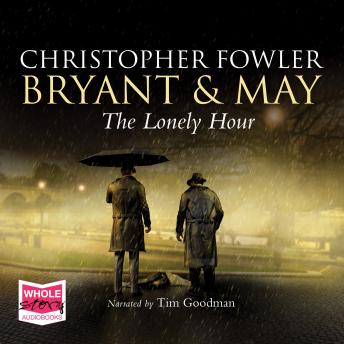 There's method in the madness of a murderer who strikes in the night's darkest hour....

On a rainy winter night outside a nightclub in London, four strangers meet for the first time at 4:00am. A few weeks later a body is found inside a willow tree on Hampstead Heath. The Peculiar Crimes Unit is called in to investigate. When another victim seemingly commits suicide, it becomes clear that in the London night is a killer who knows what people fear most. As they explore a night city where all the normal rules are upended, Bryant and May are drawn deeper into a case that involves murder, arson, kidnap, blackmail, bats and the psychological effects of loneliness on Londoners. It's a trail that takes them from the poorest part of the East End to the wealthiest homes in North London - an investigation that can only end in tragedy...