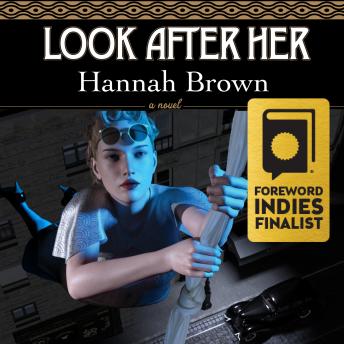 Upon the death of their art-loving parents, two young Jewish adolescents are kidnapped by a family friend and taken to a brothel. There they are held captive by their shared shame and by the younger sister's forced addiction to morphine. Love and psychodrama gives them the courage to finally escape Vienna. Once in England, however, Hedy discovers her younger sister Susannah longs to be independent- and in Italy. But in 1938, despite the safety they each have found among the privileged, they return to Vienna just before Hitler arrives, putting their own lives and those of two children in danger. With the background of anti-Semitism and exploitation, of sex and love and art and dramatic ruses, all during the terrifying rise of fascism in Austria and Italy, Look After Her reveals this truth: no matter how close we are to another human being, even a beloved sister, that's what we are: close - we all have our own secrets to keep.