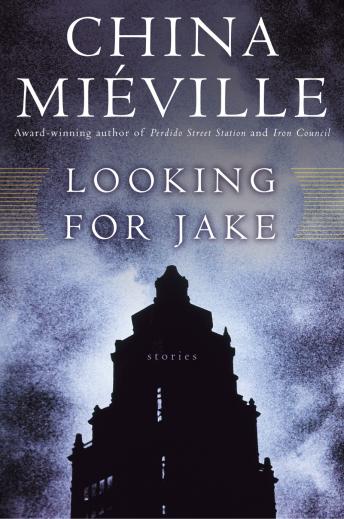 “Miéville moves effortlessly into the first division of those who use the tools and weapons of the fantastic to define and create the fiction of the coming century.”—Neil Gaiman

What William Gibson did for science fiction, China Miéville has done for fantasy, shattering old paradigms with fiercely imaginative works of startling, often shocking, intensity. Now from this brilliant young writer comes a groundbreaking collection of stories, many of them previously unavailable in the United States, including four never-before-published tales—one set in Miéville’s signature fantasy world of New Crobuzon.

Among the fourteen superb fictions are:

“Jack”—Following the events of his acclaimed novel Perdido Street Station, this tale of twisted attachment and horrific revenge traces the rise and fall of the Remade Robin Hood known as Jack Half-a-Prayer.

“Familiar”—Spurned by its creator, a sorceress’s familiar embarks on a strange and unsettling odyssey of self-discovery in a coming-of-age story like no other.

“Reports of Certain Events in London”—In which a writer named China Miéville receives a package containing clues to a vast and ongoing—yet utterly secret—war . . . a war about to turn a most unexpected corner.

“The Tain”—In this major story, winner of the Locus Award for Best Novella, a postapocalyptic London is overrun by vampires and monsters, alien yet weirdly familiar—and one man holds the future of humanity in his hands.

Plus ten other tales—including “On the Way to the Front,” a graphic short story illustrated by Eisner Award–nominated Liam Sharp