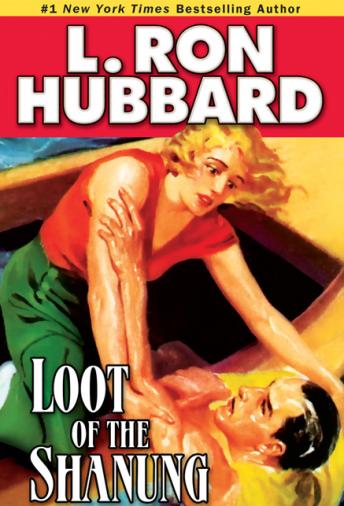 Stop the presses! One hundred thousand dollar reward offered for the return of George Harley Rockham!

That's more than enough to turn Shanghai newspaperman Jimmy Vance's head.  Throw in the gorgeous dame who's offering the reward-Rockham's daughter Virginia-and he might lose his head altogether. As fast-talking as Jimmy Stewart in The Philadelphia Story, Vance jumps at the chance . . . the money . . . and the girl.

But as Jimmy quickly discovers, there are several billion reasons to watch his back. Because that's how much Rockham is worth, and there are some very hard cases out there willing to kill to separate the old man from his money.

Next thing Jimmy knows, Virginia's tied to a chair, and he's got a couple of guns pointed at his head. But it'll take more than a little rope and a couple of firearms to keep this reporter down. The truth is tied to the mysterious fate of a steamship named Shanung-and what Jimmy finds could be the biggest story of his life . . . if he lives to tell it.

In the issue of Smashing Novels where this story first appeared the editor wrote: "Loot of the Shanung is a soul-stirring tale of the China Sea, a story of modern piracy set in the Far East. L. Ron Hubbard wrote it. He knows China. He has been there. He traveled through the country and met the people and observed their customs. Smashing Novels will have other stories from him-stories of far-off places and little known people. He knows of what he writes."

This title is due for release on March 22, 2014
We'll send you an email as soon as it is available!