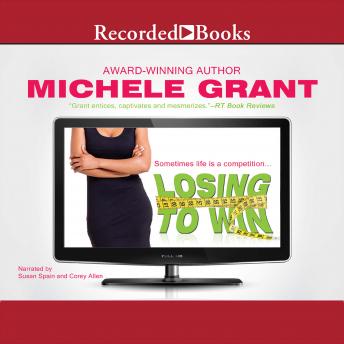 The small town of Belle Haven, Louisiana, is still struggling with the aftermath of Hurricane Katrina and the Gulf oil spill, and its residents will do whatever it takes to get it back on its feet. So when local English teacher Carissa Melody Wayne is asked to appear on the weight-loss reality show Losing to Win, she agrees. She doesn't realize that others from her past will be joining her, including her high school nemesis, an acquaintance who's been nursing a long-time crush on her--and most shocking of all, Carissa's ex-fiancE, former NFL star Malachi Knight. As Carissa's group is split into pairs to compete in a series of challenges, she finds herself at the mercy of the chaotic Hollywood crew and cast members, and her own unfinished business. Soon enough, she discovers that her biggest challenge will be deciding what's really important to her, what she's willing to do to win--and how to do it with cameras following her 24/7...