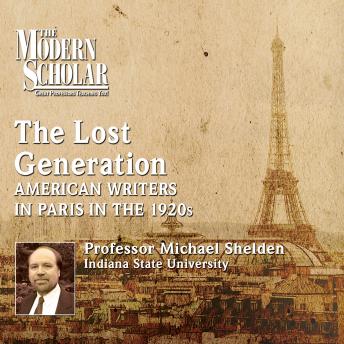 The Lost Generation from Professor Michael Shelden evokes one of the most creative periods in American literature. Paris of the 1920s served as a base for such authors as F. Scott Fitzgerald, Ernest Hemingway, Ezra Pound, and Gertrude Stein. In these lectures, Professor Shelden details and provides fresh insight into the unending allure of the Lost Generation-and of the literary output that exerts a continuing influence nearly a century later.