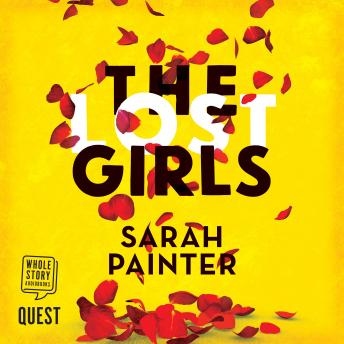 The Lost Girls is a dark and twisty supernatural thriller, perfect for fans of Stephen King and Neil Gaiman.

Edinburgh student, Rose MacLeod, has been losing time for as long as she can remember. Days and weeks disappear, leaving terrifying gaps in her memory. Now she is seeing horrifying visions; waking nightmares of violence and death. Around the world young women like her are being killed and Rose has a ringside seat. Mal Fergusson was raised to hunt demons across Scotland. With his father dead and his brother in a coma, he no longer believes in the grand battle between good and evil. Instead, he scrapes a living as an investigator and hitman for the supernatural Mafia of Edinburgh. Tensions are rising in Scotland's capital and Mal must capture Rose to keep his demonic boss sweet - but is he really willing to harm an innocent to do so?

"A thrilling tale that compelled me throughout. A perfect read for all of Sarah's fans old and new, but also for fans of Helen Slavin, Anna McKerrow, Neil Gaiman, Ben Aaronovitch and Laura Laakso." - LISAREADSBOOKS