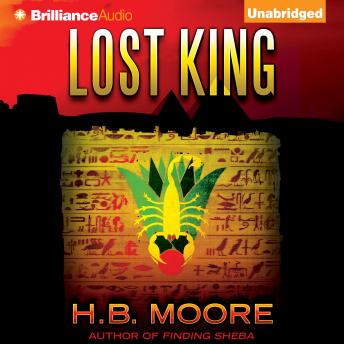 Undercover agent Omar Zagouri has been ordered to Giza. A prominent Egyptologist was murdered, and a priceless artifact—the only complete version of the Book of the Dead—is missing. Omar is still reeling from the recent disappearance of his girlfriend, Mia Golding, but he puts his quest to find her on hold to track down the lost piece of history.

Omar’s mission is not just to locate the sacred book; he must also rescue the two archaeologists kidnapped and forced to translate its hieroglyphics under threat of death. Their kidnapper is determined to discover the text’s rumored explosive revelation: that Moses did not receive the Ten Commandments from God but instead copied them from the Egyptians. Though Omar’s need to find Mia grows more urgent, he must focus on finding the enemy who will stop at nothing to ignite a controversy that will change history, and the world, forever.