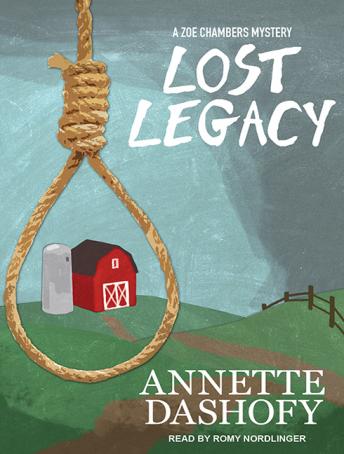 On a sultry summer afternoon, paramedic Zoe Chambers responds to a call and finds a farmer's body hanging from the rafters of his hay barn. What first appears to be a suicide quickly becomes something sinister when Zoe links the victim to a pair of deaths forty-five years earlier. Her attempts to wheedle information from her mother and stepfather hit a brick wall of deception, one that brings into question everything Zoe knows about her late father, who died in a car crash when she was eight. Or did he?

Police Chief Pete Adams fears Zoe's inquiries are setting her up for deeper heartbreak and putting her in danger. As Zoe and Pete inch closer to the truth, they discover that a missing gun links the crimes, which span more than four decades. But the killer isn't done. Two more Vance Township residents fall victim to the same gun, and when tragedy strikes too close to home, Zoe realizes her family is in the crosshairs.