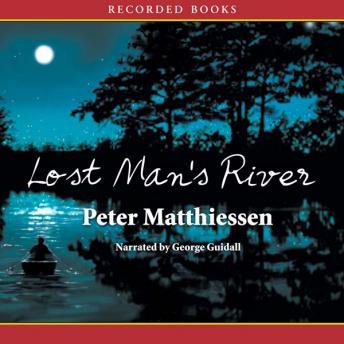 Critically-acclaimed novelist and naturalist Peter Matthiessen deftly weaves together the fortunes and tragedies of Florida Everglades folk in this foreboding thriller. Haunted by the legacy of his father's violent reputation and brutal death, historian Lucius Watson seeks to understand the man behind the legend. In 1910, an enraged mob of neighbors gunned down murder suspect E.J. Watson-each claiming it was self-defense. Over four decades later, his son Lucius returns to Lost Man's River to discover the truth behind that horrible day. Was his father really a cold-blooded murderer, feared by all? Or was he a man of progress and vision, killed by those who envied him? Alternately threatened and shunned, Lucius relentlessly digs for answers, even while he fears the truth. In this dazzling sequel to Killing Mr. Watson, Peter Matthiessen presents the story of a family riddled with scandal through colorful recollections of renegades and their descendants. Veteran narrator George Guidall brings the rich oral history dramatically to life.