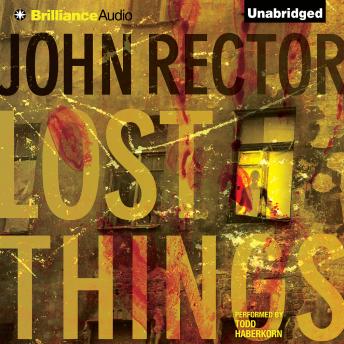 Evan Teller has everything going for him: a good job, a beautiful fiancée, and the prospect of making partner at his firm. But it all comes crashing down one dark night on an empty street, when one bad decision turns his dream life into a nightmare of cover-ups and lies.

What begins as a celebration with his old college friend, Peter, ends with a deadly confrontation so heinous the two make a pact to never tell anyone about it—especially the police. The truth has a way of getting out, however, and when the trail of bodies doesn’t stop at just one, Evan realizes the truth about Peter may be far more dangerous than he could have ever imagined.

Lost Things is a taut, suspenseful tale of secrets, lies, and murder that builds to a shattering, surprising climax.