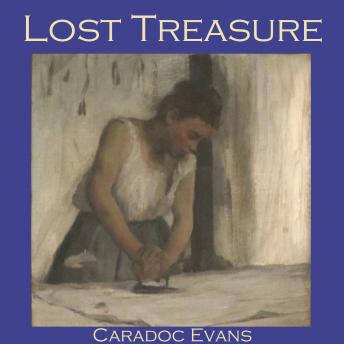 David Caradoc Evans (1878-1945) was a Welsh story writer, novelist, and playwright. Evans was brought up in a Welsh-speaking community in Cardiganshire, and although he learned English at school and always wrote in English, his work is soaked in Welsh syntax and vocabulary. Evans left school at 14 and worked throughout Wales in a series of menial jobs before moving to London, where he worked as a draper's apprentice.

It was this background which influenced Lost Treasure, which tells the story of Hugh, a miserly Welsh draper in London who scrimps and saves until he has ten sovereigns. This he changes for a ten-pound note, which he gives to his wife, Millie, for safekeeping. Millie hides it somewhere quite safe...so safe indeed that she forgets where she has put it. The news of the loss of the ten-pound note sends Hugh, his career, his social life, and Millie's destiny into a tailspin and changes their destiny forever.