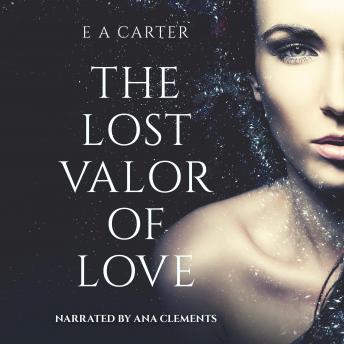 The Lost Valor of Love: A beautifully written epic of forbidden love

Written By: E A Carter

Growing up during the centuries-long conflict between the empires of Egypt and Hatti, the young princess Istara is taken hostage by the King of Hatti to secure the loyalty of her father, the King of Kadesh to the empire. Soon her new life in Hatti's glittering capital becomes all she knows. Bound in blood before the gods to Hatti's unwilling crown prince, Istara, now Hatti's queen-in-waiting, learns she will never be loved.


But the drums of war beat again, and when the scheming plans of Hatti's king threaten the existence of all civilization, the gods give Istara a choice: to leave behind everything she knows to save mankind, or remain where she is, powerless, a token on the game board of kings. On the brink of one of the most brutal battles in history, she chooses to risk her life to deliver a message to the only man able to prevent the prophecy from becoming a reality - her mortal enemy, the Pharaoh Ramesses II.


Wounded, cold and hungry, she wanders in the battle's horrific aftermath, and aids a powerful commander, who she learns protected her once, and has been bound to her ever since by a prophetic dream of his future. Despite his resistance, and Istara once more becoming a pawn of kings, they must confront an eternal love so powerful, not even kings, the gods, or death can keep them apart.


The Lost Valor of Love is the first book of the Transcendence series.

by E A Carter