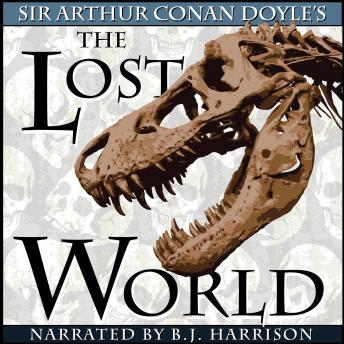 Edward Malone is a newspaperman with an ultimatum: in order to marry the girl of his dreams, he must go on a grand adventure and make a name for himself. He is directed to interview one of the irascible and volatile characters in all literature – Professor George Edward Challenger. By the time the week is out, Edward Malone is one of an elite expedition led by Professor Challenger into an area that has been isolated from all the natural changes of time. It is a lost world of gigantic insects, warring barbaric tribes, and dinosaurs. But once they discover it, they find themselves absolutely, positively trapped in a land that time has forgotten.

This title is due for release on October 12, 2012
We'll send you an email as soon as it is available!