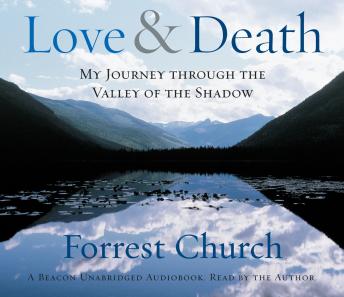 Love & Death: My Journey through the Valley of the Shadow

On a February day in 2008, Forrest Church sent a letter to the members of his congregation, informing them that he had terminal cancer; his life would now be measured in months, not years. In that remarkable letter, he wrote: 'In more than one respect, I feel very lucky.' He went on to promise that he would sum up his thoughts on the topics that had been so pervasive in his work-love and death-in a final book.

Church has been justly celebrated as a writer of American history, but his works of spiritual guidance have been especially valued for their insight and inspiration. As a minister, Church defined religion as 'our human response to the dual reality of being alive and having to die.' The goal of life, he tells us 'is to live in such a way that our lives will prove worth dying for.' This last book in his impressive oeuvre is imbued with ideas and exemplars for achieving that goal. The stories he offers-drawn from his own experiences and from the lives of his friends, family, and parishioners-are both engrossing and enlightening. Forrest Church's final work may be his most lasting gift to his readers.

Love & Death: My Journey through the Valley of the Shadow