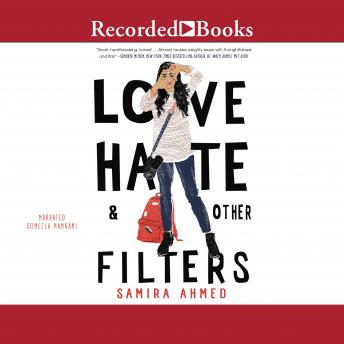 In this unforgettable debut, a Muslim teen copes with Islamophobia, cultural divides among peers and parents, and a reality she can neither explain nor escape. American-born seventeen-year-old Maya Aziz is torn between worlds. There's the proper one her parents expect for their good Indian daughter: attending a college close to their suburban Chicago home, and being paired off with an older Muslim boy who's 'suitable' to her mother. And then there is the world of her dreams: going to film school and living in New York City-and maybe, just maybe, pursuing a boy she's known from afar her entire life who's suddenly falling into her orbit at school. But unbeknownst to Maya, there is a danger looming beyond her control. When a terrorist attack occurs in another Midwestern city, the prime suspect happens to share her last name. In an instant, Maya's community, consumed by fear and hatred, becomes unrecognizable, and her life changes forever.