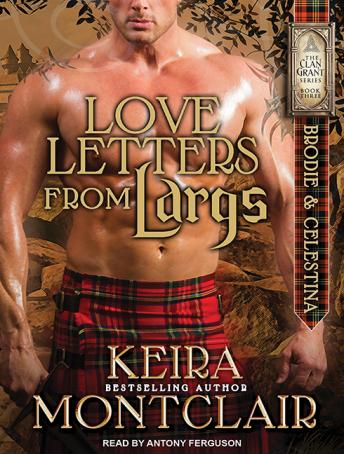 After enduring years of her nobleman father's cruelty and abuse, Celestina Lunde is ready to take her own life rather than enter into an arranged marriage with an equally brutal man. But just when she is about to leap through the window of her tower bedroom, a brawny Highland warrior arrives at her home and changes everything.

Summoned to the royal castle by the King of the Scots, who is preparing for war with the Norse, Brodie Grant's mind is on battle when he first spies the breathtaking Celestina perched on a window ledge. The sadness in her eyes makes him turn his horse around against his laird's orders. He intends only to save the lovely lass, but after touching her once, he can think of nothing and no one else. There's just one problem: Celestina's intended is an important man, and the king has just as much at stake in her arranged marriage as her father does. Will Brodie be able to do as he's ordered and stay away?