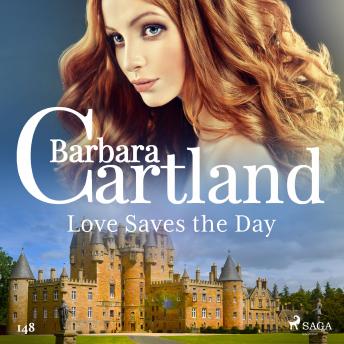 The beautiful redheaded Tiana Weston sets out to visit her inheritance in Dorset with high hopes.
It had been her parents’ dream to restore Castle Rose to its former glory as it is now a dilapidated ruin and only a small part is fit to live in.
But Tiana soon discovers that enthusiasm and determination alone do not pay the workmen or keep property developers at bay and soon she is faced with a dreadful dilemma.
Her handsome and aristocratic next door neighbour Richard, the Earl of Austindale, also faces considerable problems.
He has to be married by midnight on his next birthday or he will lose everything he holds most dear to his cousin Alan, Viscount Paige.
A young girl anxious to protect her home – a man desperate for a wife – it seems like a sensible, business-like arrangement that they should marry each other.
And Tiana finally accepts the Earl’s proposal and they are due to be married on his thirtieth birthday.
But then an old flame of the Earl’s arrives to claim him for herself and Tiana is filled with doubt especially as the Viscount is paying a great deal of attention to her.
She also finds herself in great danger because now so many are determined that the marriage will not take place.
How Tiana realises how much she loves the Earl.
And how she finally finds happiness is all told in this exciting romance by BARBARA CARTLAND.
-
Barbara Cartland was the world’s most prolific novelist who wrote an amazing 723 books in her lifetime, of which no less than 644 were romantic novels with worldwide sales of over 1 billion copies and her books were translated into 36 different languages. As well as romantic novels, she wrote historical biographies, 6 autobiographies, theatrical plays and books of advice on life, love, vitamins and cookery. She wrote her first book at the age of 21 and it was called Jigsaw. It became an immediate bestseller and sold 100,000 copies in hardback in England and all over Europe in translation. Between the ages of 77 and 97 she increased her output and wrote an incredible 400 romances as the demand for her romances was so strong all over the world. She wrote her last book at the age of 97 and it was entitled perhaps prophetically The Way to Heaven. Her books have always been immensely popular in the United States where in 1976 her current books were at numbers 1 & 2 in the B. Dalton bestsellers list, a feat never achieved before or since by any author. Barbara Cartland became a legend in her own lifetime and will be best remembered for her wonderful romantic novels so loved by her millions of readers throughout the world, who have always collected her books to read again and again, especially when they feel miserable or depressed. Her books will always be treasured for their moral message, her pure and innocent heroines, her handsome and dashing heroes, her blissful happy endings and above all for her belief that the power of love is more important than anything else in everyone’s life.

This title is due for release on March 1, 2021
We'll send you an email as soon as it is available!