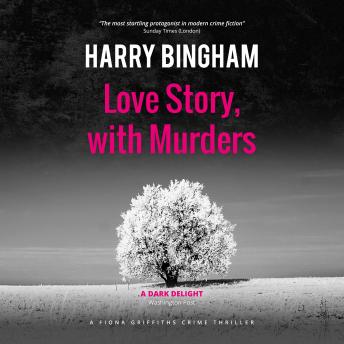 Harry Bingham’s Talking to the Dead introduced readers to one of the most compelling new heroines in crime fiction, Detective Constable Fiona Griffiths, earning comparisons to Stieg Larsson’s Lisbeth Salander. Now D.C. Griffiths returns to investigate a series of gruesome murders—and their connection to her own shadowy past.
D.C. Fiona Griffiths is facing the prospect of a dull weekend when the call comes in, something about illegal dumping in a Cardiff suburb. But when she arrives on the scene she finds, in a garage freezer, a severed human leg, complete with a pink suede high-heeled shoe.
South Wales police are able to ID the body part as that of a young woman who went missing five years earlier; a young woman who once made a living as an exotic dancer. All at once, Fiona’s job as a detective and her role as a loving daughter collide: Fiona’s father owns a Cardiff strip club and was once deeply involved in the local crime scene.
Still in recovery from a devastating psychotic breakdown, Fiona is wary of exploring a path that might end at her father’s door . . . yet her obsessive approach to criminal investigation leaves her no other option.
But Fiona’s specialty is not the living, it is the dead. And as she is just starting to get into the murdered girl’s head, a severed hand is found—and this one is male.
Soon, police are swamped with an increasing number of body parts found in and around suburban gardens, sheds, and garages. Media attention is intense, and investigators are working from a list of hundreds of persons of interest. When the department identifies the second victim, Fiona struggles to connect him with the dead stripper. What do the victims have in common? And why this macabre method of disposing the corpses?
The answers may be more than Fiona can handle. Because in order to solve the riddle of these hideous murders, D.C. Fiona Griffiths will have to delve into the mysteries of her past—and hope she comes out intact . . . and alive.
Praise for Love Story, with Murders
“A most intriguing, if peculiar, detective . . . Although his volatile protagonist certainly dominates the first-person narrative, [Harry] Bingham doesn’t stint on plot (very complicated), procedures (very detailed) or action (very brutal). . . . Satisfying.”—Marilyn Stasio, The New York Times Book Review
“Love Story, with Murders is a dark delight, and I look forward to Fiona’s future struggles with criminals, her demons and the mysteries of her past.”—The Washington Post
“Bingham’s superb second police procedural featuring Det. Constable Fiona Griffiths delivers an even more intense plot and richer character study than his first. . . . Fiona’s past mental problems and her unconventional personality make her a distinctive lead.”—Publishers Weekly (starred review)
“Some of the most memorably staccato narration in the genre . . . [Bingham’s] remote, unquenchable heroine makes her stand apart from every one of her procedural brothers and sisters.”—Kirkus Reviews
“Compelling . . . [Love Story, with Murders] amply proves the freshness and flair that [Bingham] has brought to the police procedural. . . . Surprisingly delicate, it weaves a sinuous, seductive spell and confirms we have a new crime talent to treasure.”—Daily Mail (UK)
“Love Story, with Murders boasts what must be the most startling protagonist in modern crime fiction.”—The Sunday Times (London)