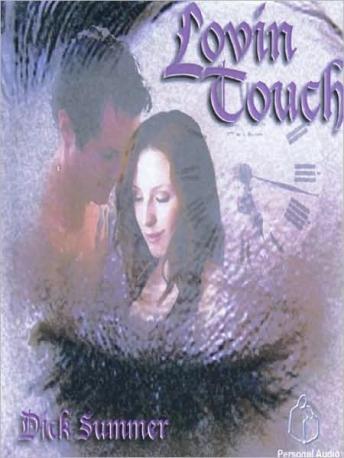 The "Lovin Touch" stories were first told on Dick Summer's late night radio shows in New York and Boston, and later published as poetry books. The success of the books inspired a line of jewelry, a series of greeting cards, and from what we've been told, quite a few highly romantic evenings by hundreds of thousands of listners and readers. A more accurate discription of the "Lovin Touch" stories would be that they are the gentle ravings of a man who was suddenly shocked to find himself in love. Some of you may have heard some of these stories years ago. If so, you may be pleased to know that Dick is still shocked, still raving, and still in love with the same woman. "Lovin Touch" is about that woman.