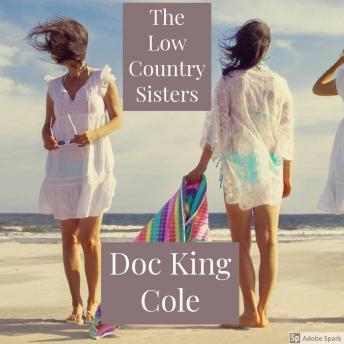 Set in Low County Charleston South Carolina,
This story is about three sisters growing closer and older. Like the ebb and flow of the Atlantic Ocean tides, their relationships revolve around Barbara and Richard.
In this short novella, the listener will hear of
romance, drug abuse, adultery, Co-dependency, female family infighting, women fighting men with fists, women heroines who range from 3o to 50 something. The setting is the early 1990s. The participants are three females, an Over Lord Mother, and a Father Losing Sobriety. Then there is the younger brother who thinks he is the smartest, but is the dumbest.
Two were older than I, and the youngest, wiser. Yet all three have crossed each other during their years of semantic webbings. This is their story, their book and I dedicate to their spirit of surviving. From the cellar of omitted poverty within white walls and surrounding sandy bricks, they have succeeded despite themselves, society, bad marriages, drugs, alcohol and a world which has grown above them. Dostoevsky wrote The Brother's Karamazov during the late nineteenth century concerning the abuses of the Russian caste system. Why I decided to write this from a liar of a darkened Connex in the desert of Iraq, is beyond me.
But you cannot defeat realism, for after the fads of fantasy books, movies and music, we have the greatest mystery of all to decipher, our selves, or our own code if you will. Whether you enjoy this opus or not concerns me not. For the truth is on trial here before your own imaginations.