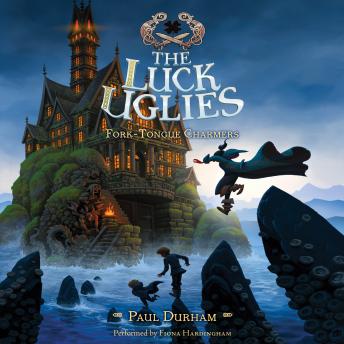 The Luck Uglies must face their greatest enemy in this second installment of the series that's a perfect match for fans of Chris Colfer's Land of Stories series and books by Kelly Barnhill. 'There is not a single dull moment in this story. A total delight,' raved Bookslist in a starred review!

Rye O’Chanter was shocked to discover that her father was the leader of the notorious band of outlaws known as the Luck Uglies. Now she too has been declared a criminal in her own village, and she must flee to the strange and remote Isle of Pest while her father faces off against the Luck Uglies’ bitter rivals, the Fork-Tongue-Charmers, on the mainland.

But all bets are off when the battle moves to the shores of Pest. To defeat the Fork-Tongue Charmers, Rye must defy a deranged earl, survive a test meant to judge the grit of the fiercest men, and lead the charge in defending the island against a strangely familiar enemy, which means uncovering some long-buried family secrets….

The first Luck Uglies book was named an ALA Notable Children’s Book as well as a New York Public Library Title for Reading and Sharing, and it won the Cybil Award for Middle Grade Speculative Fiction and a Sunshine State Young Readers Award.