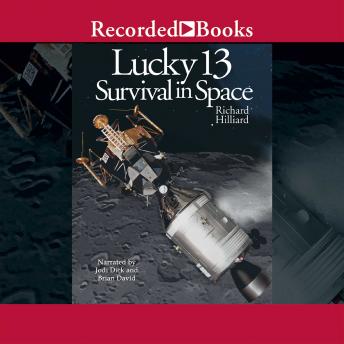 Heroism in outer space is the legacy of the lunar mission Apollo 13. On April 11, 1970, astronauts Jim Lovell, Fred Haise, and Jack Swigert were launched into space as the crew of Apollo 13. Their mission, like the missions of Apollo 11 and Apollo 12, was to explore the lunar surface. But that mission was never completed. As they began the procedure for landing on the Moon, the spacecraft was rocked by a violent explosion. Oxygen began pouring out of the Service Module, and the spacecraft began to lose power. Jim Lovell radioed Mission Control with the now-famous words, 'Houston, we have a problem.' All over the world, people followed the plight of the astronauts. Richard Hilliard examines the crisis of Apollo 13, one of the great survival stories of the space age, in a lively text and dramatic illustrations.