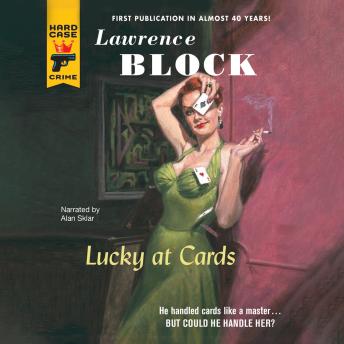 At cards and with women, Bill Maynard knew how to cheat …On the mend after getting run out of Chicago, professional cardsharp Bill Maynard is hungry for some action … but not nearly as hungry as Joyce Rogers, the tantalizing wife of Bill’s latest mark. Together they hatch an ingenious scheme to get rid of her husband. But in life as in poker, the other player sometimes has an ace up his sleeve. This classic pulp novel was originally released in 1964 as The Sex Shuffle under the pen name Sheldon Lord.

“Block unwinds his plot superbly, pointing toward a classic noir finale but then seeming to pull away—or maybe not. And, along the way, there is all the teasing sexuality and tongue-in-cheek noir style that a pulp devotee craves.”--Booklist