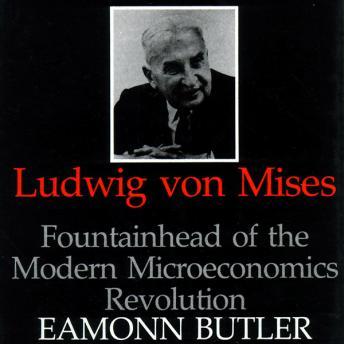 The Austrian economist Ludwig von Mises is increasingly recognized as one of the most important originators of modern economic thought. This book studies his ideas in a clear and systematic way and pulls out from Mises' own writings the main themes of his work. Mises' central theme is an emphasis on microeconomics. All real economic decisions, he insists, are taken by particular people at particular times and places; the motivating forces, therefore, are personal and psychological. In this view, economics is not a science at all, but a discipline more like mathematics or geometry. Its principles are deduced not by observation and experiment, but from certain axiomatic facts about the nature of human choice. This basic insight allows Mises to study important topics such as entrepreneurship and competition in new and fruitful ways.