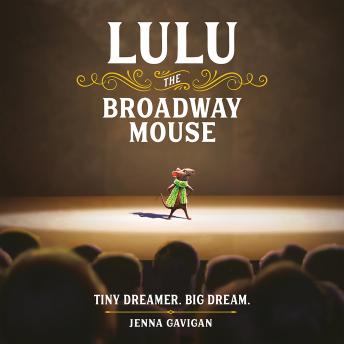 Lulu is a little girl with a very big dream: she wants to be on Broadway. She wants it more than anything in the world. As it happens, she lives in Broadway's Shubert Theatre; so achieving her dream shouldn't be too tricky, right? Wrong. Because the thing about Lulu? She's a little girl mouse.

When a human girl named Jayne joins the cast of the show at the Shubert as an understudy, Lulu becomes Jayne's guide through the world of her theatre and its wonderfully kooky cast and crew. Together, Jayne and Lulu learn that sometimes dreams turn out differently than we imagined; sometimes they come with terms and conditions (aka the company mean girl, Amanda). But sometimes, just when we've given up all hope, bigger and better dreams than we'd ever thought could come true, do.