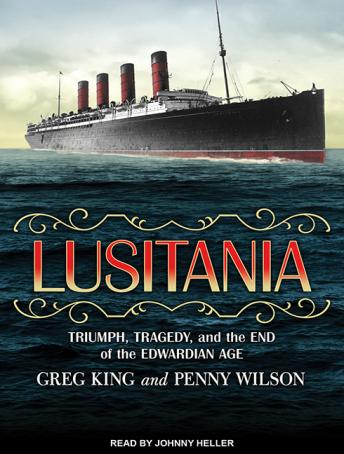 Lusitania: Triumph, Tragedy, and the End of the Edwardian Age

Lusitania: She was a ship of dreams, a microcosm of the last years of the waning Edwardian Era and the coming influences of the twentieth century. When she left New York on her final voyage, she sailed from the New World to the Old. Yet an encounter with a primitive German U-Boat sent her and her gilded passengers to their tragic deaths.


A hundred years after her sinking, Lusitania remains an evocative ship of mystery. Was she carrying munitions that exploded? Did Winston Churchill engineer a conspiracy that doomed the liner? Lost amid these tangled skeins is the romantic, vibrant, and heartrending tale of the passengers who sailed aboard her. Rarely was an era so glamorous. Rarely was a ship so magnificent. And rarely was the human element of tragedy so quickly lost to diplomatic maneuvers and militaristic threats.

Lusitania: Triumph, Tragedy, and the End of the Edwardian Age