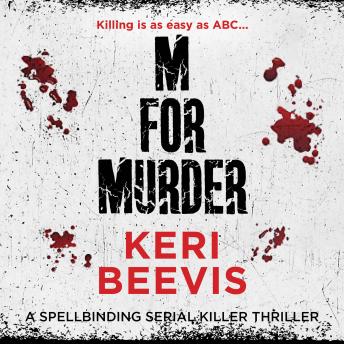 In 1989, the Alphabet Killer, Professor Rodney Boone, murdered eight students. The victims, A to H, were each found with their surname initial carved into their neck. Victim nine narrowly escaped, and the murderer was left to burn to death.Eight years later, rookie police officer Rebecca Angell is thrown headlong into assisting a murder investigation. A body is found floating in the sewer, bearing the initial J. The investigators are convinced they are dealing with a copycat killer, but Boone's body was never recovered...As Angell scrambles to uncover the truth, the body count continues to rise, and it soon becomes apparent that the killer is intent on completing the alphabet...