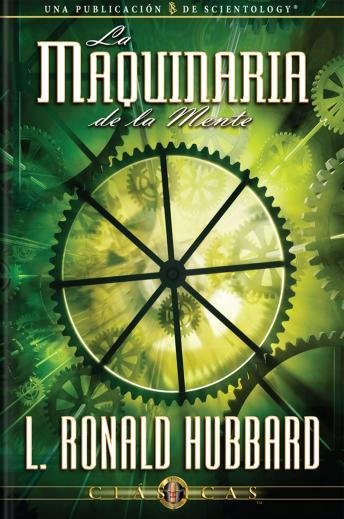 The Machinery of the Mind (Spanish edition)

The Machinery of the Mind

Everyone performs certain routine tasks automatically. Driving a car would be awkward indeed if one had to think newly of every tiny procedure. But what happens when someone puts a whole field of thought and action "on automatic"? His education, for example? Or his work? Or even his entire life?

The answers are here and they open a completely new perspective on the mind. To the degree an individual has withdrawn from participation in an area of life, he substitutes an automatic mental mechanism for himself. Here, then, are these mental mechanisms and exactly how they undermine an individual's power of decision. Toward returning him that power, Ron details how they can be recognized in a person's thoughts, acts and conversation, and thus detected in both oneself and others. And that is a crucial ability. For just as a real machine can spring free of its operator and start running out of control, so can mental mechanisms. When that happens-beware! For, by controlling entire behavior patterns, the "machines" can actually deprive an individual of the ability to think and act for himself, without his even suspecting it.

Fortunately, there is a remedy and it lies in what Ron calls "the very central pin of existence," which every living being possesses and no mental mechanism can withstand. Thus one can gain control of the machinery of the mind and, by so doing, actually take charge of one's own life.

Machinery of the Mind (Spanish edition)