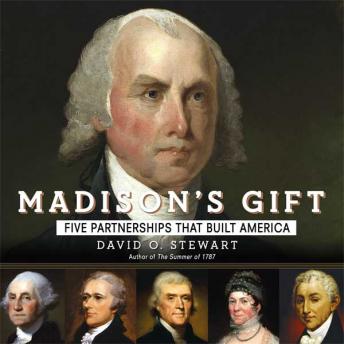 Overshadowed by his fellow Founders, David O. Stewart restores James Madison to his proper place as the most significant framer of the new nation, through his successive partnerships with mentor George Washington, co-author Alexander Hamilton, political ally Thomas Jefferson, successor James Monroe, and his wife, Dolley. Stewart makes a compelling case for Madison's centrality and tells an absorbing story if his friendships with most influential men of his times. David O. Stewart is an award-winning author and the President of the Washington Independent Review of Books.

His bestselling books include The Summer Of 1787, which won the Washington Writing Award; Impeached; American Emporer and the novel of The Lincoln Deception which was hailed as the best historical novel of the year by Bloomberg View.