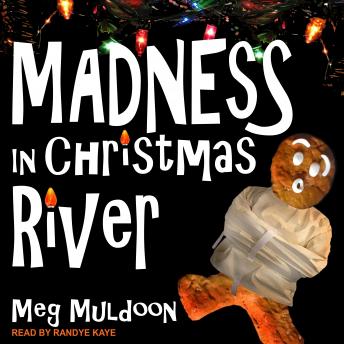 It's Christmastime again in Christmas River. And all hell is breaking loose.

Pie baker Cinnamon Peters has plenty on her plate this season. Between running her popular pie shop, planning her upcoming wedding to the town's sheriff, and trying to lose weight to squeeze into her oh-so-perfect and oh-so-tight wedding dress, it's all Cinnamon can do to keep her head on straight.

But when Cinnamon's cousin goes missing, and strange acts of violent vandalism start plaguing Christmas River, Cinnamon is quickly pulled into a shady world of danger that threatens to send her careening over the edge of sanity.

Will Cinnamon make it to her wedding without losing her mind? Or will she get dragged down into madness?