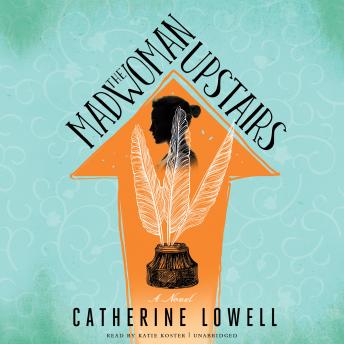 The Madwoman Upstairs: A Novel

In Catherine Lowell's smart and original debut novel, the only remaining descendant of the Brontë family embarks on a modern-day literary scavenger hunt to find the family's long-rumored secret estate, using only the clues her eccentric father left behind and the Brontës' own novels.

Samantha Whipple is used to stirring up speculation wherever she goes. Since her father's untimely death, she is the presumed heir to a long-rumored trove of diaries, paintings, letters, and early novel drafts passed down from the Brontë family-a hidden fortune never revealed to anyone outside the family but endlessly speculated on by Brontë scholars and fanatics. Samantha, however, has never seen this alleged estate, and for all she knows, it's just as fictional as Jane Eyre or Wuthering Heights.

Yet everything changes when Samantha enrolls at Oxford University and long-lost objects from the past begin rematerializing in her life. Her father's distinctive copy of Jane Eyre, which should have perished in the fire that claimed his life, mysteriously appears on Samantha's bed. Annotated in her father's handwriting, the book is the first of many clues in an elaborate scavenger hunt derived from the world's greatest literature. With the help of a handsome but inscrutable professor, Samantha must plunge into a vast literary mystery and an untold family legacy, one that can only be solved by decoding the clues hidden within the Brontës' own writing.

For readers who devoured The Weird Sisters and Special Topics in Calamity Physics, The Madwoman Upstairs is a suspenseful, exhilarating debut by an exciting new talent who offers a moving exploration of what it means when the greatest truth is, in fact, fiction.

"Catherine Lowell's terrific first novel is a mystery, a love story, and a very dark comedy with the Brontës, of all people, playing a role back there in the shadows. The book is about the traces that literature and our ancestors leave in us, and it is about memory as a token of love."-Charles Baxter, New York Times bestselling author