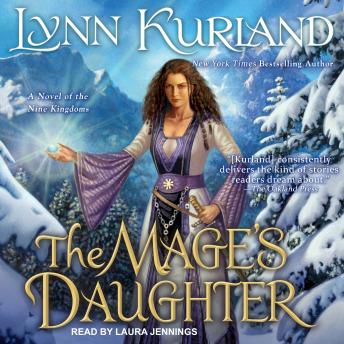 Neroche is under assault by a magic that has stripped its king of his powers and unleashed nightmarish creatures in a war of evil in which Morgan of Melksham is fighting for her life. Recovering from a near-fatal attack, Morgan realizes that she must decide between two fates: that of being a simple shieldmaiden or accepting her heritage as an elven princess. If only she could ignore that she was the daughter of the perilous black mage of Ceangail . . .

Duty bound to aid his king, Miach of Neroche is torn between what his responsibilities demand and what his heart desires. He is willing to risk his life to rescue Morgan from the darkness that haunts her, but he must do so at the peril of his realm. Forced to choose between love and the burden of his mantle, Miach sets out on his most deadly quest ever.