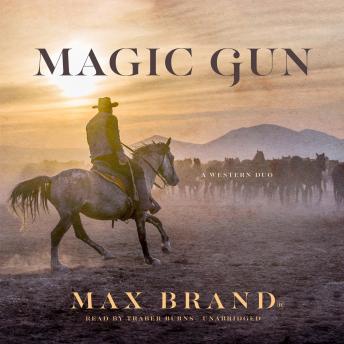 Hugh Collier in “The Danger Lover” feels he is living an empty life as a little more than competent bank employee in the town of Stanton. He decides to leave behind a life that for him was a “caricature and savage cartoon of the beautiful truth that life may be,” and he heads into the mountains alone, carrying only the essentials on his horse. Even though his efforts at hunting and fishing prove to be failures in the early days, he keeps his spirits up by celebrating his small successes as he travels deeper in the wild. Two things change the course of his adventure: he sees a town from a hill, and a stranger, desperate to file on a claim, convinces Collier to trade horses. Once he walks the stranger’s horse into the town, he soon finds himself to be mistaken for the outlaw Bill Gadsden by both worshipers of the outlaw and the man after the outlaw, Lassiter.

In the title story, twenty-two year old Lewis Dikkon has led a sheltered life, working seven days a week as a shoemaker for his taskmaster uncle, Charles Bender. Being inside most of the time, he knows little of the town and its inhabitants and they have no interest in him, other than as a poorly dressed oddball. A stranger named Sam Prentiss begins showing up at 8 p.m. every Saturday night to sit in a chair in the shop’s doorway and look across the street for an hour. Their conversations, though limited, begin to set Dikkon’s mind to work and before long he decides he wants to buy a gun. When Dan Hodge, the gunman, is killed and his personal items go up for auction, Dikkon gets his Colt, which he believes is a magic gun.