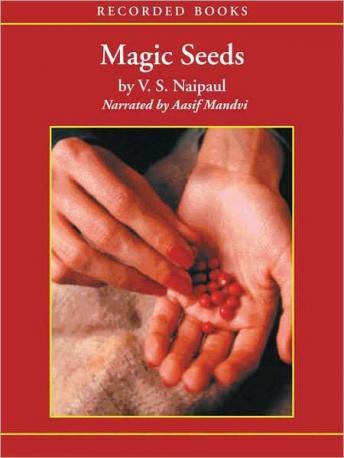 Nobel laureate V. S. Naipaul's magnificent Magic Seeds continues the story of Willie Chandran, the perennially dissatisfied and self-destructively naive protagonist of his bestselling Half a Life. Having left a wife and a livelihood in Africa, Willie is persuaded to return to his native India to join an underground movement on behalf of its oppressed lower castes. Instead he finds himself in the company of dilettantes and psychopaths, relentlessly hunted by police and spurned by the people he means to liberate. But this is only one stop in a quest for authenticity that takes in all the fanaticism and folly of the postmodern era. Moving with dreamlike swiftness from guerrilla encampment to prison cell, from the squalor of rural India to the glut and moral desolation of 1980s London, Magic Seeds is a novel of oracular power, dazzling in its economy and unblinking in its observations.