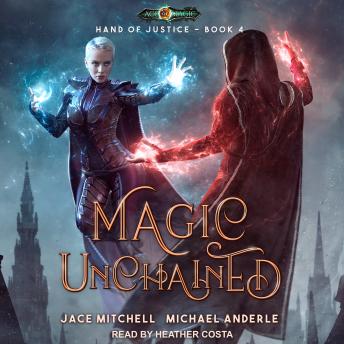 He started the war, but she's going to end it.

The Dark Mage thinks he's defeated Riley. After poisoning her and leaving her to die, Rendal heads toward New Perth to claim his new kingdom. Victory appears to be in his grasp.

But not if Riley has anything to do with it.

She knows to defeat him she has to finally master the magic within her. To free her kingdom, she must become the most powerful mage Australia has ever seen.

Cured of Rendal's poison, Riley trains under the under woman who brought magic to her continent. The woman who learned from Ezekiel himself. The woman who taught Rendal.

And when she's finished?

She'll bring the war to New Perth's gates and finish what Rendal started.