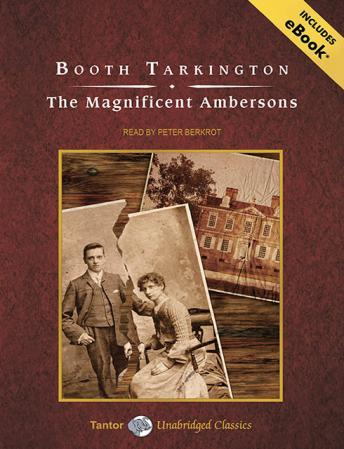 Set in the Midwest in the early twentieth century-the dawn of the automobile age-The Magnificent Ambersons begins by introducing the Ambersons, the richest family in town. Exemplifying aristocratic excess, the Ambersons have everything money can buy-and more. But George Amberson Minafer, the spoiled grandson of the family patriarch, is unable to see that great societal changes are taking place and that business tycoons, industrialists, and real estate developers will soon surpass him in wealth and prestige. Rather than join the new mechanical age, George prefers to remain a gentleman, believing that 'being things' is superior to 'doing things.' But as his town becomes a city, and the family palace is enveloped in a cloud of soot, George's protectors disappear one by one, and the elegant, cloistered lifestyle of the Ambersons fades from view and finally vanishes altogether.