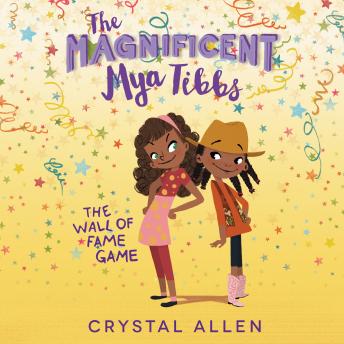 The Magnificent Mya Tibbs: The Wall of Fame Game

Narrated By: Sisi A. Johnson

The most fabulous nine-year-old cowgirl in Texas is back in this heartwarming and hilarious sequel to The Magnificent Mya Tibbs: Spirit Week Showdown! Perfect for fans of Clementine and Ivy and Bean.

Nine-year-old Mya Tibbs is in a triple heap of trouble. As the Tibbs household prepares for the new baby, Mya is extra excited to spend time with her mom watching their favorite Annie Oakley marathon before her new sister arrives. Until she’s cornered into a bet with her number-one enemy, Naomi Jackson, that she can beat her in the famous fourth-grade Wall of Fame Game—which means Mya is stuck studying every night instead of hanging out with Mom. As if that wasn’t enough, Mya just entered Bluebonnet’s annual chili cook-off, even though she doesn’t know how to cook! Holy moly!

Can Mya find a way to beat Naomi, win the chili cook-off, and get some special mom/daughter time before it’s too late?