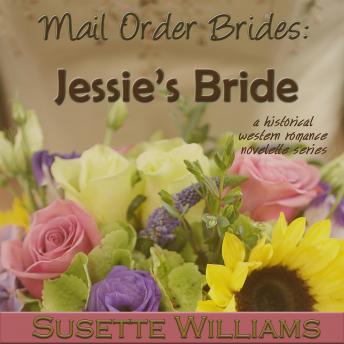 Jessie Kincaid doesn't plan to follow in his three older brothers' footsteps, which seems to include being bachelors. There might be twice as many men as women in their town, but there are still other ways to go about finding, or competing, for a wife.

Jessie begins writing Sarah Engle in hopes that she will become his mail order bride. Even though there are miles between them, he feels connected to her. He sends her money, along with a stage coach ticket, to come see him so that they can be married.

Not everyone is happy with their decision to wed. When the preacher said, till death do you part, did he mean literally? Or can a mail order bride and her groom truly have a happily ever after ending?

This title is due for release on January 4, 2016
We'll send you an email as soon as it is available!