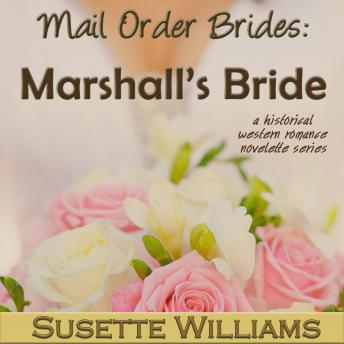 Is Marshall Kincaid getting married? Maybe someone should have told him.

Lizzie Neuman came to America filled with hopes and dreams for her and her husband. His unexpected death left her stranded in a new country. Not having anywhere to turn, she reluctantly responds to an ad for a mail order bride.

Marshall never planned to marry. In his line of work, he had to worry about people he arrested in the past coming after him. He accepted the path he'd chosen when he agreed to become the sheriff. He never intended to put a wife or children in harm's way. So when Lizzie shows up in town, claiming to be his fiancée, and holding some letters supposedly from him, it doesn't take a genius to figure out something isn't right.

Who knew enough about Marshall to write such personal letters? Could this be an elaborate scheme to get revenge? Or is Lizzie the realization of a dream he never dared have?